Last weekend found us back at Mallala for the final round of the SA State championship. As is tradition for the first and last rounds for the year, this was a twilight meeting, with our final race scheduled to be run under lights.

The weather was all over the place, with scattered rain throughout the day and sunshine in between, and strong winds. For once, it seemed to rain just after most of our races (I have a theory that Saloon Cars attract rain even in good weather - there have been so many times that we've been getting ready to go out when the heavens have opened).

Qualifying started out damp. Just as the track started to dry out, more rain came in, followed by sun - and another dry line appeared towards the end of the session. Luke Fraser qualified on pole followed by Pete Holmes, Joel Heinrich, Me, David Lines, and Thomas Walkom in my old VN.

Race 1 was dry. I had a great start for once and managed to stay with Joel Heinrich and Pete Holmes for much of the race. Pete had quite a bad fuel leak though, so I was having some grip problems. I ended up dropping back a little & driving off line to avoid it. After the race, he discovered that a fuel line fitting hadn't been done up properly, so luckily it was an easy fix.


Race 2 was also dry, but the head wind was starting to affect us. Everyone's lap times were a bit slower than usual. I started 4th and finished 4th once again. Pete and David Lines were having a great battle and I was close enough to be able to take advantage of any small mistakes. Lines had to retire near the end of the race due to an overheating problem. We had made some setup changes to my car that I wasn't entirely happy with, so I had a bit of understeer. Some brake bias tweaking helped a little during the race and we made some more changes before race 3.


Race 3 was in similar conditions, but if anything the wind was even stronger. I was happier with my car setup and did my best lap time for the day - but on lap 4 (of 10), the safety car was deployed due to one of the Porsches getting beached in the sand trap at the Esses and the chequered flag came out on lap 9 while we were still under yellows. This was really disappointing but that's racing. We hardly ever see the safety car come out at state race meetings, but it happens a lot at the bigger events.


Unfortunately it rained heavily before our last race, so I had the new experience of racing on a wet track under lights. I thought it would stay very wet because the sun was long gone, but a dry line did appear after a few laps. The tricky thing was trying to judge the grip level. Visibility is quite good at Mallala under lights, but you can't see as far ahead as you can in daylight, so it was difficult to see exactly where it was wet or dry in the rapidly changing conditions. I lost a lot of ground off the start and in the first lap and wasn't able to make it up later. I finished 5th.

We don't have the final points yet, but it looks like I have finished 2nd overall in the state series. Congratulations to Pete Holmes who is set to be the 2016 champion. Big thanks to all of our sponsors - Frank Walsh Drilling, Walkom Automotive & Performance Engines, Chooks Custom Grafix, Glens Graphix, Bridge Jap & Aussie Dismantlers, On Track Media Management, and everyone who has helped us out during the year (including GH Haulage and Rightway Industrial for the big Perth trip).

I will be at the Adelaide Motorsport Festival next weekend with my 1982 Jaguar XJ-S on display (Lucas electrics willing) and helping our friends with the 1986 Benetton F1. This will be an awesome weekend once again and I highly recommend going along to have a look. There will be 8 vintage Formula 1s on track along with classic touring cars (including the 1985 Bathurst 1000-winning Walkinshaw Jaguar XJ-S!) and motorbikes. Of course there will be plenty of classic cars on display along with mine. See you there, or at Mallala next year! 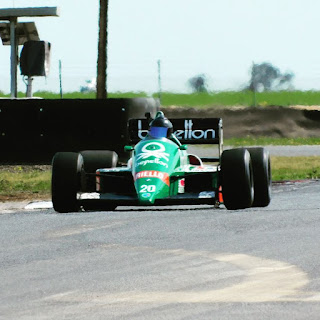 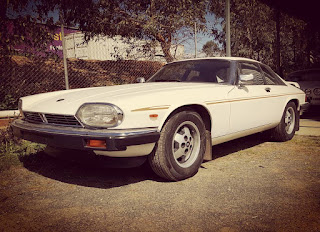 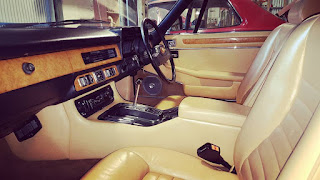